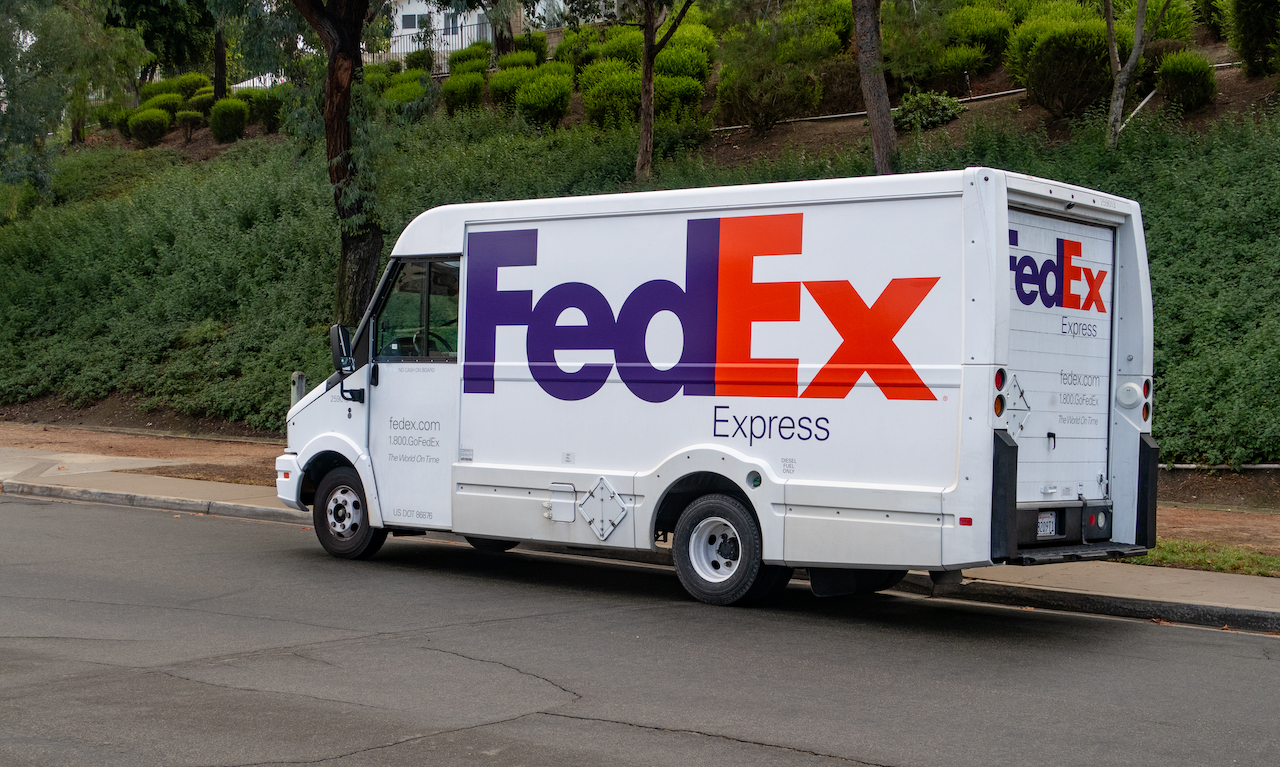 Through the partnership with the California Bay Area-based company, FedEx believes that continued innovation and automation will improve safety, efficiency, and productivity for the logistics giant's 600,000 team members as they continue to move the world forward.

The Elroy Air Chaparral system will be tested within FedEx's middle-mile logistics operations, moving shipments between sortation locations in its first-of-its-kind agreement in the U.S.

Launched in January, the Elroy Air can lift 300-500 pounds of cargo and deliver it by air for up to 300 miles.  The two companies have been working together since 2020 and will continue to do so as they pursue certifications and begin flight testing in 2023.

It marks the latest initiative from FedEx in its efforts to explore and adopt emerging technologies across its network.

WHAT ABOUT AUTONOMOUS TRUCKS

Earlier this week, soon to be replaced CEO Fred Smith appeared on CNBC's "Mad Money" commenting on the future of trucking.  Smith said that FedEx would make a tremendous attempt to begin using autonomous trucking in 2022, referring to semi-trucks that drivers could see hurtling down interstate highways.

"You’ll see in late June an enormous effort towards autonomous trucks that move over the highway.” - Fred Smith

The autonomous truck capability will be valuable to FedEx and the entire logistics industry since human drivers have regulatory limits on the number of hours driven per day.  Moreover, self-driving trucks could alleviate persistent truck driver shortages often experienced by shipping companies.

Through a collaboration with Neolix, FedEx announced it was testing autonomous delivery trucks in China in late 2021.  Previously, FedEx launched initiatives toward autonomous vehicle usage, collaborating with companies including Nuro, DEKA Development Research, Aurora, and Paccar.

Fred Smith will step into his new role as executive chair on 1 June, while current Chief Operating Officer Raj Subramaniam will replace Smith as the newly appointed CEO.

Smith found FedEx in 1973, while Subramaniam joined the company in 1991. Investors took the news well, with FedEx closing up 4% on Tuesday.