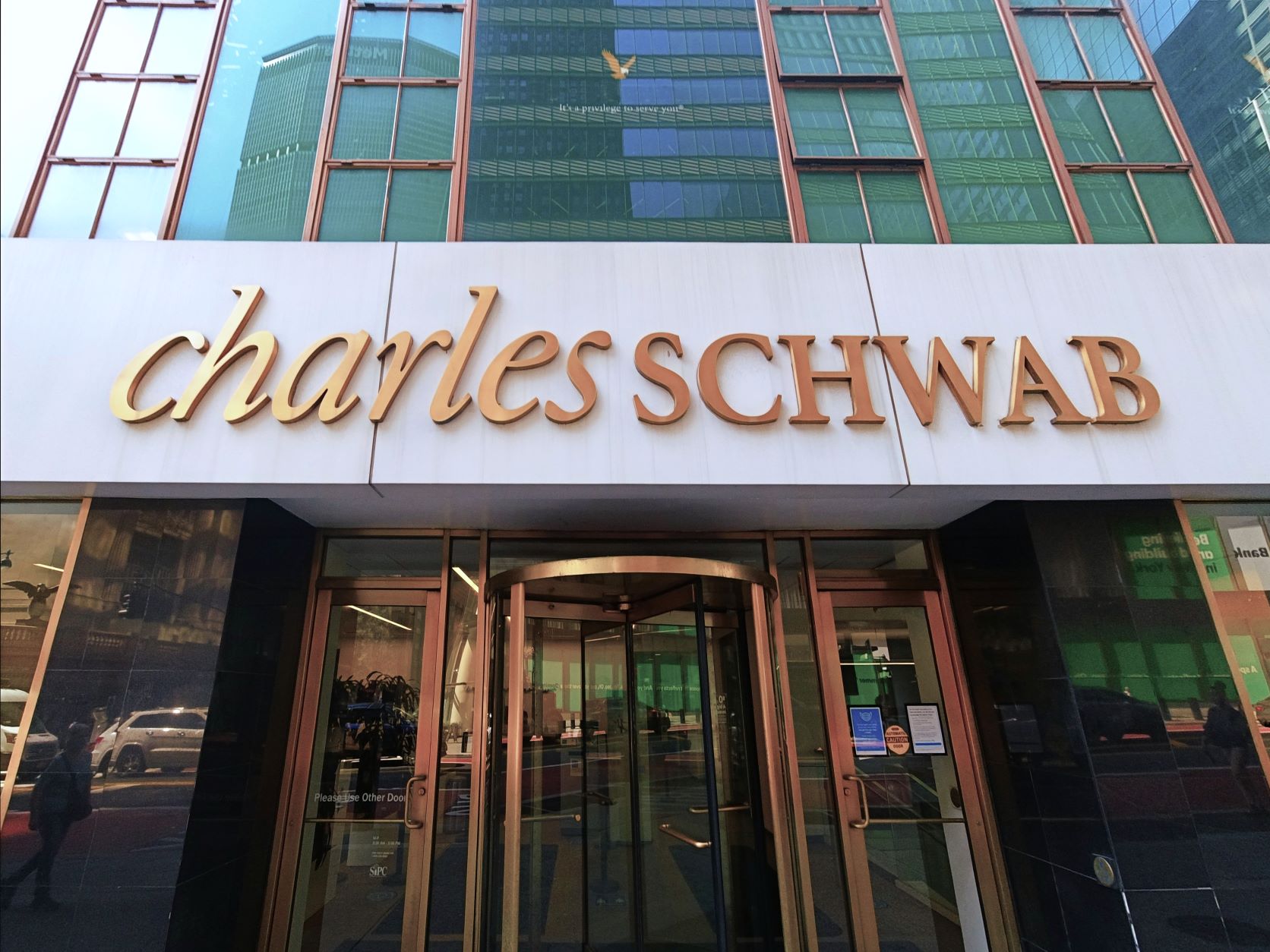 Shares of multinational savings and loan holdings company Charles Schwab (NYSE:SCHW) dropped 9.5% on 18 April to close at $74.94 after the firm reported a decline in quarterly revenue and missed Wall Street estimates.

On pace for its worst one-day decline since March 2020 and set to be the worst performer in the S&P 500 Monday, Schwab's first-quarter net income fell from $1.48 billion in the same period last year to $1.40 billion.

So far, the earnings season has challenged bank and financial services stocks due to recent weaknesses in the equity market.  Last week, JPMorgan, Citigroup, Goldman Sachs Group, Morgan Stanley, and Wells Fargo & Co. reported declining profits in the face of bumper profits during the pandemic.

Schwab's net revenue fell from $4.72 billion in the year-ago quarter to $4.67 billion, while adjusted EPS was 77 cents, down from 84 cents a year earlier.  According to FactSet, analysts expected revenue of $4.83 billion.

The decrease in revenues reflects a decline of 21% in trading revenues to $963 million, which offsets a 14% growth in net interest revenue.

CEO Walt Bettinger said that "business momentum remained quite strong" for the company throughout the period but noted it had been a challenging operating environment.

Expenses during the quarter went up by 3% to $2.8 billion compared to last year, while new asset inflows in the Advisor Services and Investor Services units together dropped by 10% from the previous quarter.

More positively, the company registered an 11% year-over-year growth in client assets to $7.86 trillion, while brokerage accounts grew to 33.6 million, up 5%.

With trading revenue normalizing, analysts have considered the stock as a top pick to benefit from rising interest rates.

“We remain committed to pushing forward with these and other strategic initiatives even as we keep our TD Ameritrade integration work on schedule because we know that both fronts are essential elements of our ‘Through Clients’ Eyes’ strategy.” - CEO Walt Bettinger, Charles Schwab