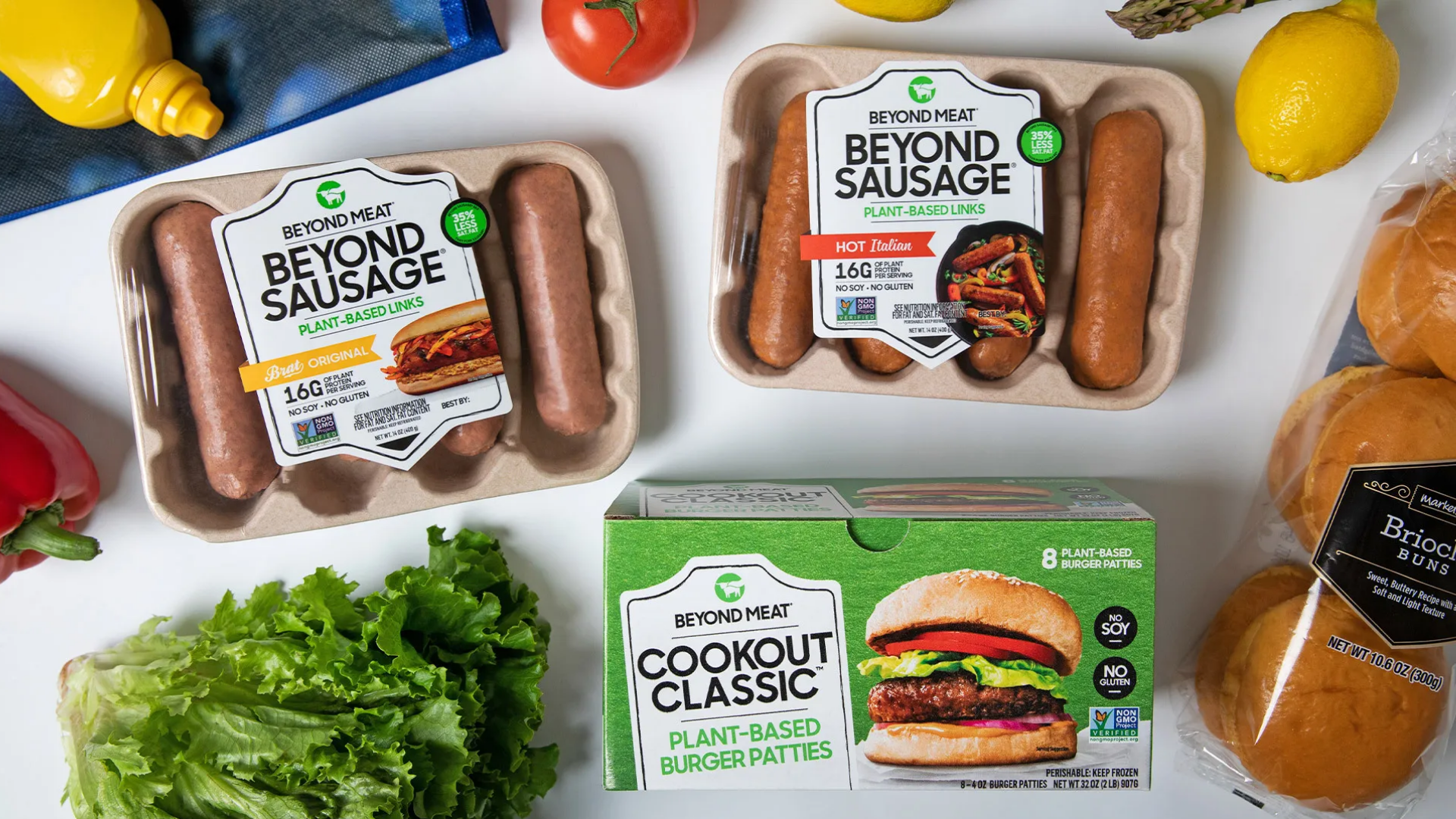 On Wednesday, Beyond Meat (NASDAQ:BYND) announced it is launching the first product from its joint venture with PepsiCo (NASDAQ:PEP).

Following the news, Beyond's stock rose 2.3%, with the welcoming reception potentially boosting the company's retail sales, which have been a bugbear over the past year.

The Beyond Meat Jerky will initially come in three flavors (original, hot & spicy, and teriyaki), which will offer the same savory experience as traditional jerky, and marks the first shelf-stable offering among Beyond Meat's alternative products.

It is marinated and slow-roasted, contains 10g of protein per serving, has no cholesterol, and is made with simple, plant-based ingredients like peas and mung beans, excluding GMOs, soy, or gluten.

"That's going to bring excitement, I think, to the retail space." - CEO Ethan Brown, Beyond Meat.

Notably, Beyond Meat is the most recognized plant-based brand, with the highest brand velocity, high household penetration, and repeat sales, Brown said in the company's most recent earnings call.

And while vegan products tend to be priced at a premium due to increased manufacturing costs, the jerky cannot be too expensive for consumers to choose it as a snack.

In the past 12 months, Beyond has fallen about 62% as makers of meat alternatives have faced pandemic-related challenges and uncertainty surrounding the growth prospects for their products.

Recently, the overall vegan sector has also been pounded with heavy stock sell-offs.  However, the long-term potential remains evident as the life cycle of the plant-based protein industry is still in the early stages, with many new startups still emerging.

With innovative techniques, plant-based meat and vertical farming will eventually become cheaper ways to produce food while some analysts predict that plant-based protein would gradually displace conventional agriculture over the next generation.

Although the plant-based industry could be at a similar point as automakers were 100 years ago, Beyond will continue to face competition for customers, even when it comes to the new jerky. Several other food companies, including Conagra Brands' Gardein, already make jerky alternatives.